If you are looking for the best sports car which used to dominate the roads back in the 90s then you are in right place to look for it. Here in this post, you are going to read about the iconic sports cars of 90s that made a huge fan following in terms of performance and design.

Nissan 240SX – 1991 has always had a great impact on peoples mind since the very beginning. This 1991 Japanese sports car used to be the best one back in those days. With 2.4 Liters engine, it was capable of generating 155 horsepower. Irrespective of its competitors in the market in the 90s, Nissan 240SX was considerably cheaper than any other cars. The excellent body works and the luxurious interiors no doubt made it the iconic cars of the 90s.

This was again one of the best cars which used to run back in the 90s. It is probably because; EB110 is the first car to be launched by Bugatti nearly after four decades of silence. Its 3.5 Liters turbocharged V8 engine made it run 210 miles per hour. Apart from its performance on the road, the car also was admired due to its beauty.

This is another iconic car which rocked on the roads in the 90s. It had too much to offer to its driver. From independent suspension, four-wheel hydraulic disc brakes and coil spring or any other among the then available great features, you name it and the car has in it. The powerful V12 engine was capable of generating 520 horsepower. Ferrari F50 remains in the hearts of many sports car lovers to for many years.

The most probable reason why Jaguar XJ220 was considered the best car in the 90s is because of its noise. The noise made by Jaguar used to make everyone to fall in love with it. Apart from it, the great performance and the looks add on to its features. The powerful V6 engine generating 542 British horsepower was quite impressive at that time. Only 281 models were launched back in 1993 and those were handed over to celebrities and tycoons then. Today, this rare beauty is hard to find and has also bagged a tag of classics to its name.

Mitsubishi gained name and fame because of this car. It got a huge attention when it was launched in 1994 and throughout the decade it remained one of the best sports cars of all the time. It had everything you have every thought of back in the 90s. The car was packed with the latest technology of the 90s.

With this model, Mercedes had too much to brag about. It was designed by the engineers in just 128 days and its first model was launched within a year. The 6.9 liters V12 engine generated 600 horsepower which was quite impressive then by the way. It had won many championship leagues in the 90s and is still one of the best sports cars of all the time.

Last but not the least, we have Porsche 911 GT1 on our list. It used to run on twin turbo engine generating 536 British horsepower and 443 ft-lb of torque. The light weight of the car made it one of the fastest sports cars back in the 90s. It had an acceleration of 0 to 60 mph in 3.7 seconds. 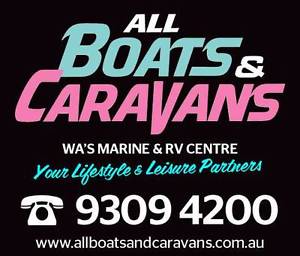